You are here: Home / Collaborations / ArtPoem

ARTPOEM: The Letter’s Project, (2008-2010) is a multi-media collaborative project created by Raquel Salvatella de Prada (animator), Department of Art, Art History and Visual Stud-
ies, Deborah Pope (poet), Department of English and me. The initial idea for the project was funded by the Collaboration Development Grant: Re (fusing) Forms: Image, Text and Visual Poetry, awarded to Deborah Pope and me in 2008, to produce an interactive website exploring the multi-faceted, interdisciplinary aspects of visual poetry. Our concept of “re(fusing) forms” played with the multiple ways words and images can digitally interact, constructing, and deconstructing signs, as individual words, and lines refract, rearrange, and redirect themselves into new words, and sentences, and images. This collaboration was an ideal venture for both furthering the imaginative, and experiential material that artistically inspired us, and taking it into the emergent world of high-tech digitalization. This grant allowed us the opportunity to develop new work and explore cutting-edge technology in order to transform the interpretive experience of the visual, and the verbal beyond their traditional forms of reception. With our experiences in animation limited, Raquel Salvatella joined us in 2009, to implement the project into a moving image.

ARTPOEM as an animation and still images of the completed poem, displayed as purely text, and as graphic images, showed how art and text could function interactively, moving beyond the traditional models of words merely paralleling images or static illustrations. The project aspired to simultaneously enact, and celebrate the essence, and process of creation itself.

My role in the collaboration included: creating 360 original single standing and 180 intricately patterned “illuminated” letters, inspired by my research of letterforms found in my woodblock prints. The completed project was exhibited in The East Duke Gallery in Spring 2010. This opportunity enabled me to see my work in a completely new media with endless possibilities, learn digital skills that are now essential to my artistic practice, participate in a new collective method creating art work, and reap benefits of this exciting project that are still yet to be unveiled. 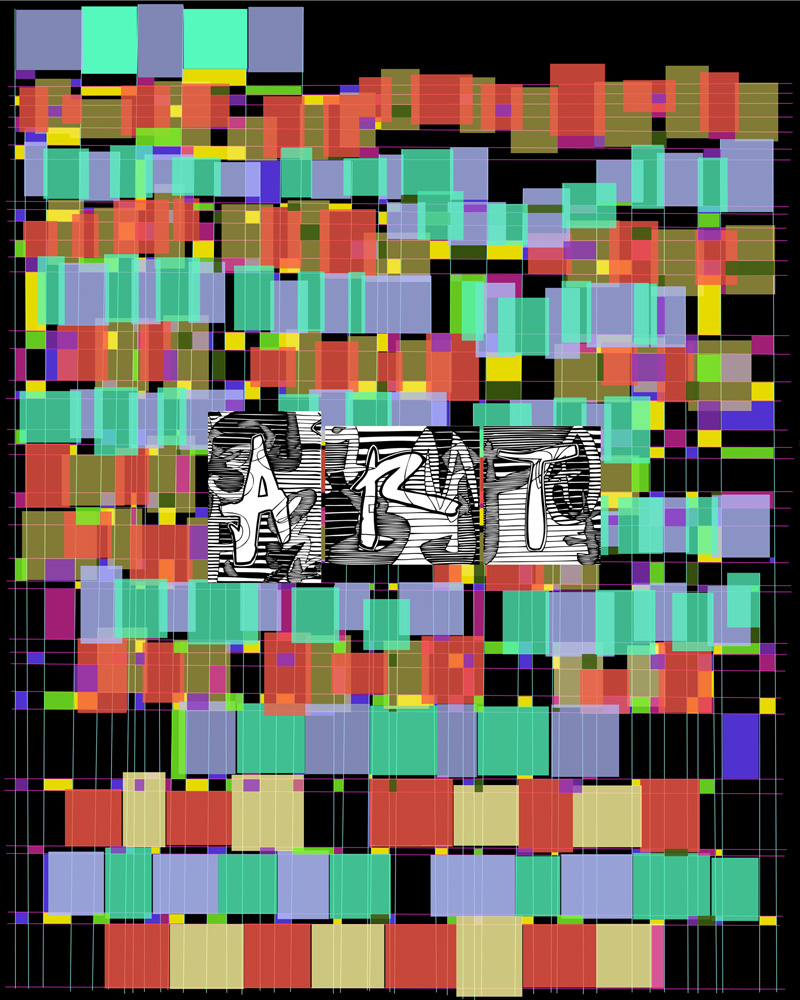 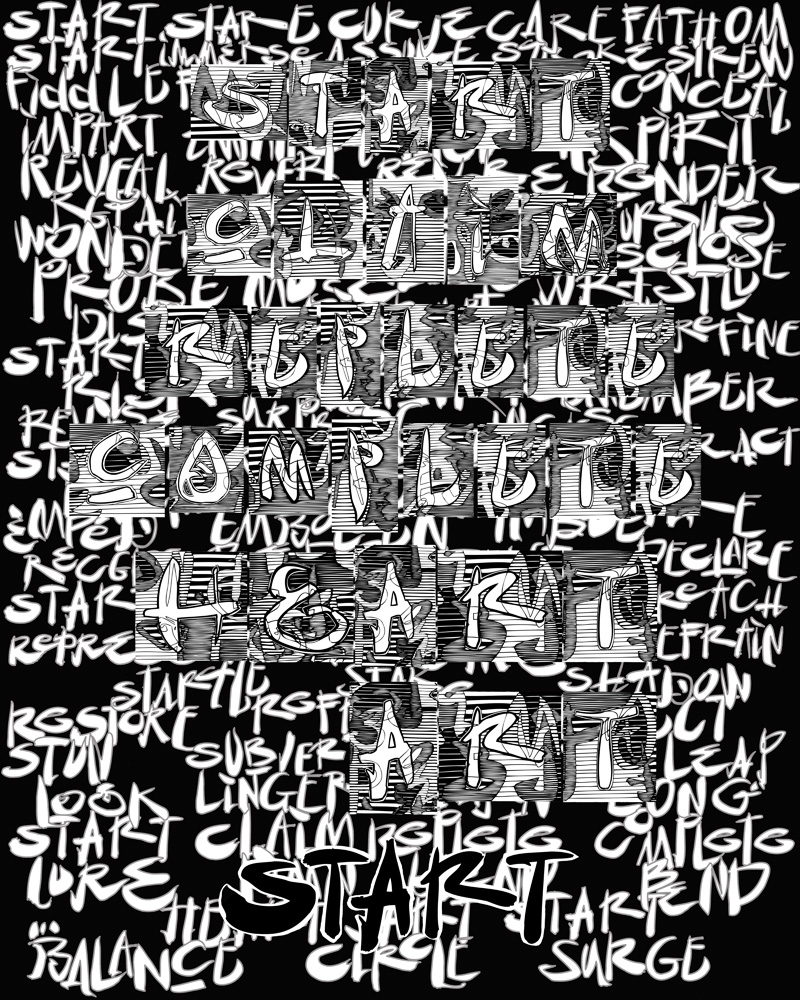 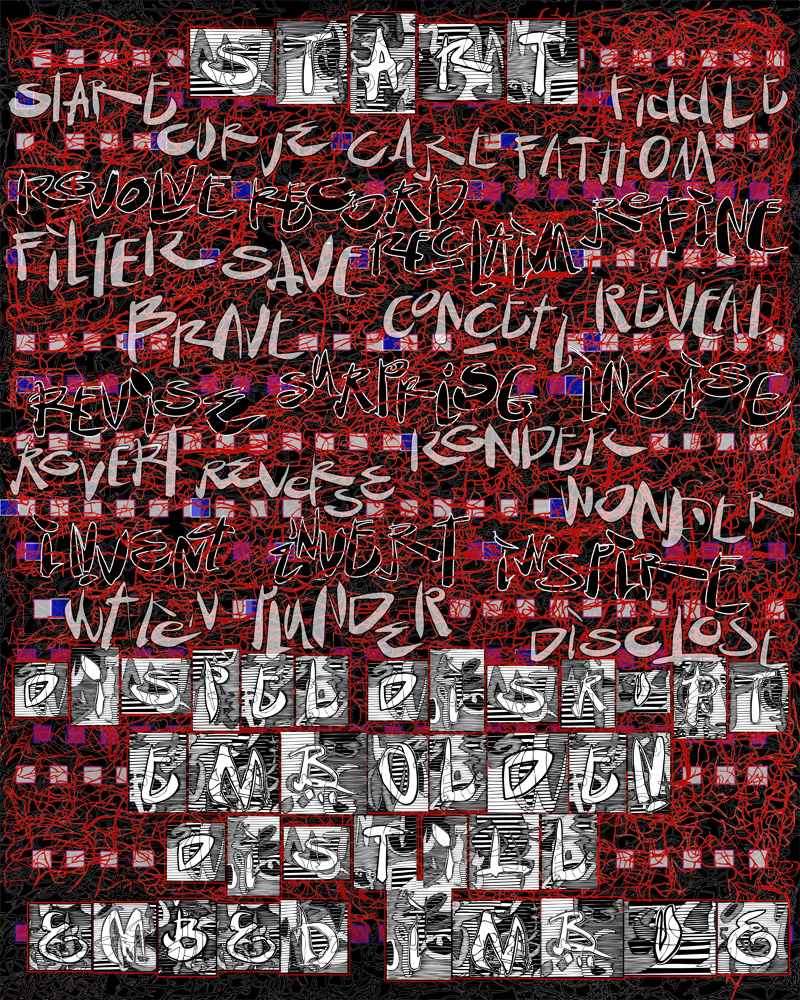 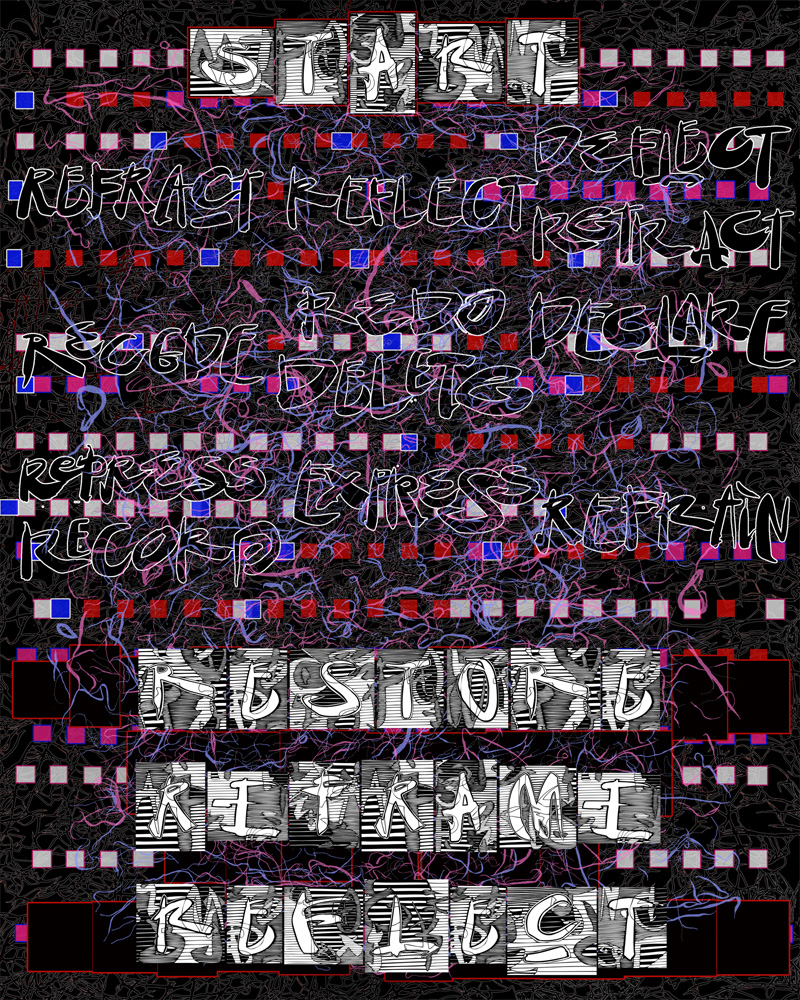 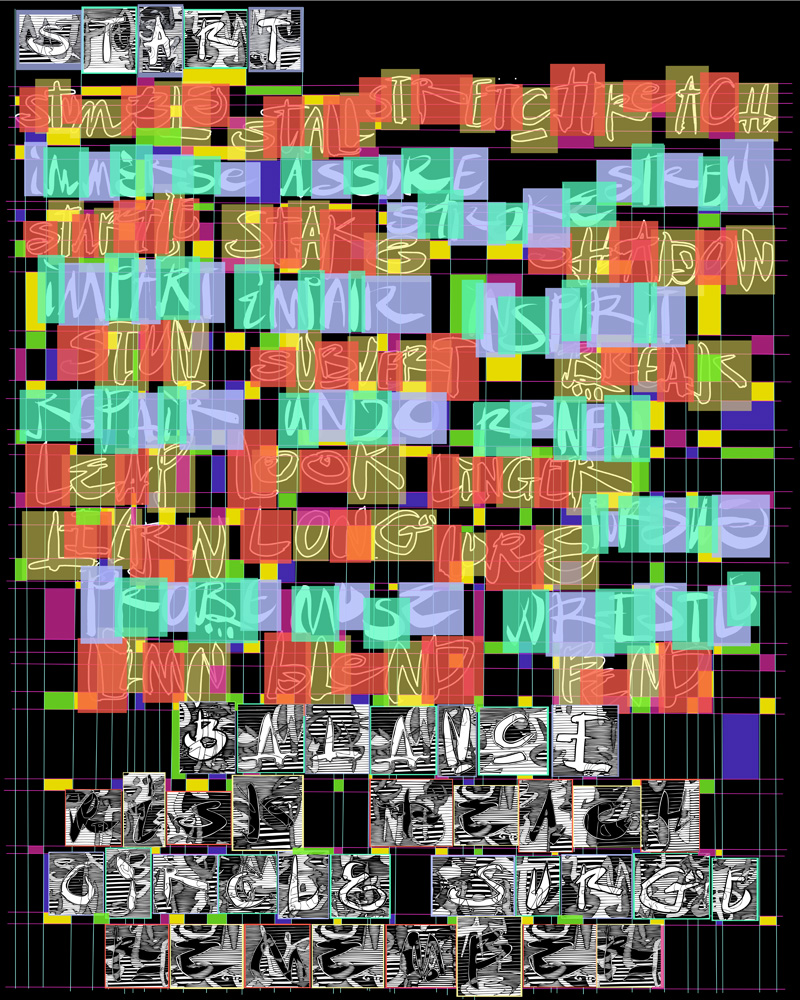